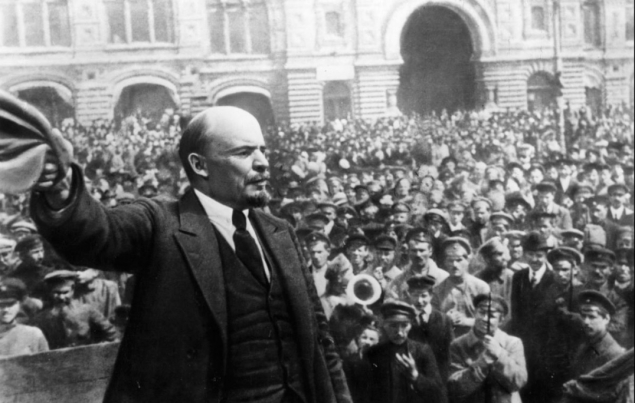 When Nikolay Gumilyov died in August 1921, his friends didn’t dare mourn him in public. The prominent Russian poet and dissident had been arrested and falsely accused of plotting an uprising against the Bolsheviks, the radical left-wing movement founded by Vladimir Lenin that took power in the wake of the Russian Revolution. Gumilyov was convicted without a trial and executed by firing squad.

The poet was just one of many victims of the Red Terror, a state-sponsored wave of brutality that was decreed in Russia on September 5, 1918, and lasted until 1922. Intent on maintaining their control of a country in the throes of a civil war, the Bolsheviks used terror tactics to silence their enemies and dissuade others from resisting them. Tens of thousands, and possibly more than a million, people were branded “class enemies” and detained in concentration camps or summarily executed. The terror cleared the way for decades of Soviet rule and state-sanctioned violence.

In the early 20th century, Russia was ripe for strife and regime change after years of famine and dramatic inequality under an autocratic imperial government. In 1905, Russians rose up in mass protests that forced Tsar Nicholas II to usher in the nation’s first constitution, protect basic civil rights, and allow the creation of a parliament. But tensions flared again in the midst of the deprivation and death of World War I, and, in March 1917, hungry, angry protestersdemanded Nicholas’ abdication. Faced with the revolt of a broad cross-section of Russian society, including his own soldiers, he stepped down. (Follow the year of chaotic revolution in Russia.)

Russian monarchy had ended. But even though the provisional government that succeeded the tsar passed sweeping civil rights reforms, it struggled to lead. World War I was still in progress, and government officials worried that a defeat at the hands of the Germans would lead to the restoration of the monarchy. Meanwhile, food shortages continued to stir discontent among many Russians. In November 1917, the Bolsheviks took advantage of the unrest and seized power by promising “peace, land and bread” to the Russian people. (The revolution is known as the October Revolution since it fell in October of the Julian calendar, which the Bolsheviks abandoned in January 1918.)

TheBolsheviks saw Russia as the ideal place to set a communist revolution into motion—not by the working class rising up to abolish capitalism, as German philosopher Karl Marx had predicted, but through a small, authoritarian group that would establish a socialist state and nudge society toward communism.

Led by Lenin, the Bolsheviks abolished the provisional government and abandoned any attempt at democracy. In March 1918, they signed a treaty with the Central Powers to end Russia’s involvement in World War I—a punitive agreement thatceded a third of Russia’s population and agricultural land and most of its resources to Germany. (See how Nat Geo captured the rise and fall of the Soviet Union.)

This intensified a burgeoning civil war between the Bolsheviks, called the Reds, and a broad opposition movement known as the Whites, which included elites, members of the military, and people who either wanted a return to monarchy or democracy. At the beginning of the civil war in early 1918, the Whites had unleashed a series of violent reprisals known as the White Terror, killing tens of thousands. But despite those killings—and the intervention of Russia’s former allies such as France and Britain, who hoped to prevent the spread of communism—the Whites struggled against the newly formed Red Army.

Then, on August 30, 1918, Lenin was shot after giving a speech at a factory. Though it is still unknown who committed the attempted assassination, the deed was pinned on Fanny Kaplan, a young Jewish revolutionary who was arrested after an investigation by the Cheka, the Bolsheviks’ secret police. As Lenin recovered in the hospital, hewrote to one of his operatives, telling him that “It is necessary secretly–and urgently–to prepare the terror.”

It was a signal to begin a campaign of brutal suppression against the Bolsheviks’ “class enemies”—anyone suspected of being aligned with the Whites. Known as the Red Terror, the campaignserved two purposes: doing away with the Bolsheviks’ enemies, and painting the Bolsheviks as defenders of the working class. The Red Terror became official state policy on September 5, 1918.

“We are not waging war against individual persons,” said Cheka leader Martyn Latsis. “We are exterminating the bourgeoisie as a class.” Heencouraged his fellow Cheka members to lash out at people suspected of being sympathetic to the bourgeoisie instead of looking for evidence they had actually acted against the Soviets. Within months, the Cheka executedat least 10,000 people. Thousands more were placed incamps that were liquidated in frequent massacres.

When the Bolsheviks emerged victorious from the civil war in 1921, the Red Terror technically ended. But the violence was the prelude to decades of repression and death in Soviet Russia. The Red Terror laid the foundation for political purges and mass executions in the 1930s under Lenin’s successor Joseph Stalin, during which up to three million party “enemies” were killed. The concentration camps were predecessors of the Sovietgulags, forced labor camps where Stalin enslaved tens of millions of Russians from 1929 to 1953. And the Cheka eventually became the KGB, the U.S.S.R.’s feared intelligence agency. (Read why Russian youth today crave the stability that Putin represents.)

The Red Terror charted a macabre course for Russia. For the Bolsheviks, sweeping repression was justified as a tool that both solidified political power and furthered the aims of socialism. And it taught a pointed lesson to those who might otherwise have resisted the regime. “Intimidation is a powerful weapon of policy,”wrote Leon Trotsky, the leader of the Red Army and Lenin’s right-hand operative. “The revolution…kills individuals, and intimidates thousands.”