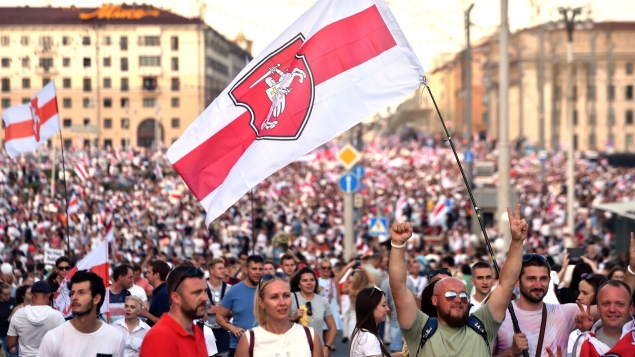 
Lithuania sanctioned 30 people, including Alexander Lukashenko, earlier this week. According to Nausėda, the list of officials subject to sancitons "is not complete" and can be changed "depending on circumstances".

The Belarusian Constitutional Court ruled last week that the August 9 presidential election, which saw Alexander Lukashenko declare victory, was democratic. It also called the opposition-established Coordination Council anti-constitutional and said the protests would lead to liability.


The court is “being used for political goals there," Nausėda told reporters. "Without a doubt, we need to respond. And speaking of the date, when we have the decision, then we will announce it.”

On Monday, the Baltic states imposed sanctions on Lukashenko and another 29 Belarusian officials for their role in vote-rigging and violence against demonstrators. They are banned from coming to Lithuania, Latvia and Estonia for five years.

The European Union is also drafting its own sanction list, which according to BNS sources, contains 17 officials, but not Lukashenko.

Under the EU sanctions, these people would be banned from entering EU member states and would also have their assets frozen.