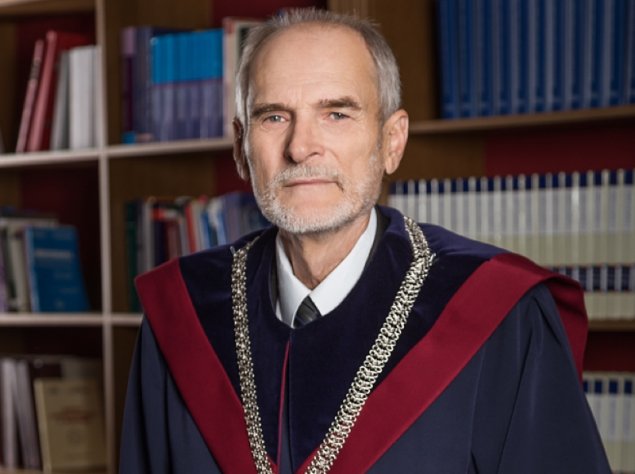 On June 7, 2019, Constitutional Court (CC) ruled the President can dissolve the Parliament if the later cannot exercise its legislative and investing the Government functions within the term of 3 months.

There are 3 issues to investigate related to the decision of the Constitutional Court:

- What are the conditions for the dissolution of the Parliament?
- When the term of 3 months starts and expires?
- Does CC decision have all characteristics of the legality and legitimacy?

Unanimous CC decision (nr.102b/2019) dated 7 June 2019 based on the request of the President Dodon dated 22.05.2019 declared the request inadmissible. President Dodon requested to clarify from what point of time the term starts to calculate for the meaning of 3 months, i) from the day of validation of parliamentary elections by the Constitutional Court or ii) from the day of the first meeting of the Parliament? CC ruled on inadmissibility citing its earlier jurisprudence on art 85(1) of the Constitution (Decision nr.30 dated 01.10.2013 para 64, Decision nr. 31 dated 10.11.1997, Decision nr.40 dated 24.12.1998) explaining:

1) deputies mandate term calculation starts, lasts and expires based on the moment of time of deputies’ mandate validation by CC (09.03.2019 when confirmation of results of the parliamentary elections dated 24.02.2019),

2) moment of 3 months starts when the deputies have their mandate validated (09.03.2019), with official certainty on the composition of parliament to negotiate politically the formation of the parliamentary political coalitions, new Government.
CC adopted also adopted (unanimous, inverse order of sequence):

- 09.07.2019 finds the existing circumstances for the dissolution of the current Parliament as the parliament could not form the Government within term provided by art. 85(1) upon the request of the interim president Filip, current prime-minister,

-09.07.2019 finds the violation of the Constitution by President Dodon to address CC on the conditions of the circumstances of the dissolution of the Parliament, and states President Dodon temporary suspension from exercising of his functions, states that according to Constitution acting prime-minister Filip has to exercise interim president functions, the upon the request of several deputies,

- What are the conditions for the dissolution of the Parliament?

Conclusion 1. CC upon the request of the president states on the circumstances of the dissolution of the Parliament.

- When the term of 3 months starts and expires?

CC states that the moment of 3 months starts when the deputies have their mandate validated on 09.03.2019. It also states that based on its earlier jurisprudence the term of the current Parliament expires on 07.03.2019 and therefore all deputies’ actions after this date are not constitutional ab initio.

CC states that the official certainty on the composition of parliament starts on the day of the validation of their mandate, the day the deputies can negotiate politically the formation of the parliamentary political coalitions, new Government. President Dodon offers another option that the term could start on 21.03.2019.

Conclusion 2. The jurisprudence on the art. 85 (1) regarding the term of the current parliament has been set in earlier jurisprudence and composition of CC and therefore is not politically sensitive in the current situation. The jurisprudence sets the period of time that is interpreted consistently with the constitutional principles of: 1) the formation of the Government, 2) duration of the mandate of the deputies, 3) expiration of the mandate of the Parliament. The constitutional jurisprudence conforms the logic of the complex interactions among the balance of the relations among the Parliament, Government and the President and therefore other approaches as for civil law and terms expiration are not applicable.

- Does the decision have all characteristics of the legality and legitimacy?

The unique position of CC stems, in large part, from the democratic commitment to the Rule of Law and to constitutionality of the actions of the government and Parliament. The complex role of CC in this system derives from its authority to invalidate legislation or executive actions which, in the Court’s considered judgment, conflict with the Constitution. This power of "constitutional review" has given the Court a crucial responsibility in assuring individual rights, as well as in maintaining that broad provisions are continually applied to complicated new situations. CC has the role to carefully balance and play the role of the power broker on the constitutional terms among the democratic actors of the country. CC rules on a constitutional issue are final, its decisions have not been altered with regard to the pertaining issue .

The material situation of the external threats and interference of the foreign power in the forming of the national Government and internal political process is of the importance for the judging of the current situation and context by CC. Even though, CC judgement is limited to the application of the procedural law, the acts of some actors conflicting with the very nature of the constitutional mandate materializing or the interest to solely maximize partisan political benefits against the functioning of the democratic institutions should be gauged by the court. 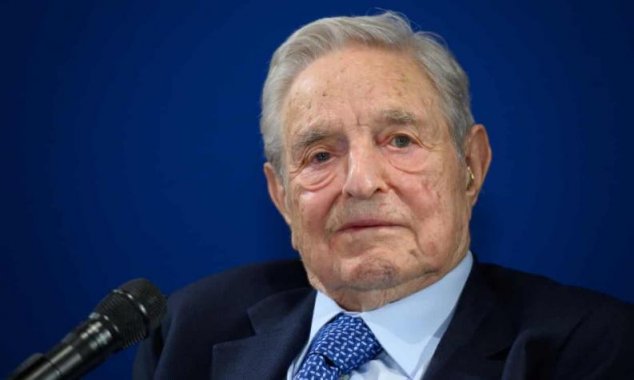 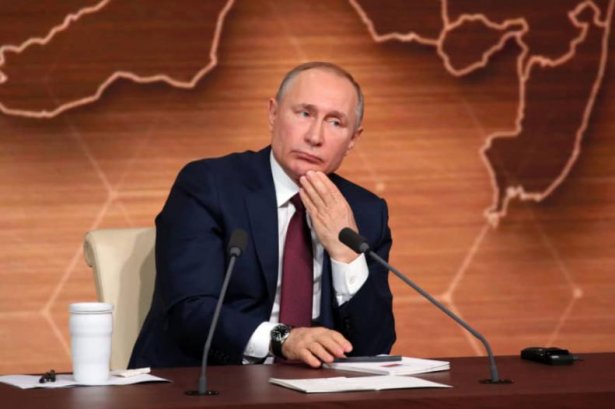 The 75th anniversary of the end of World War II was the only forthcoming event Russian President Vladimir Putin mentioned in his New Year’s address to the nation. Creating an alternative to the dominant Western narrative about that war is key to Putin’s way of securing Russia’s... 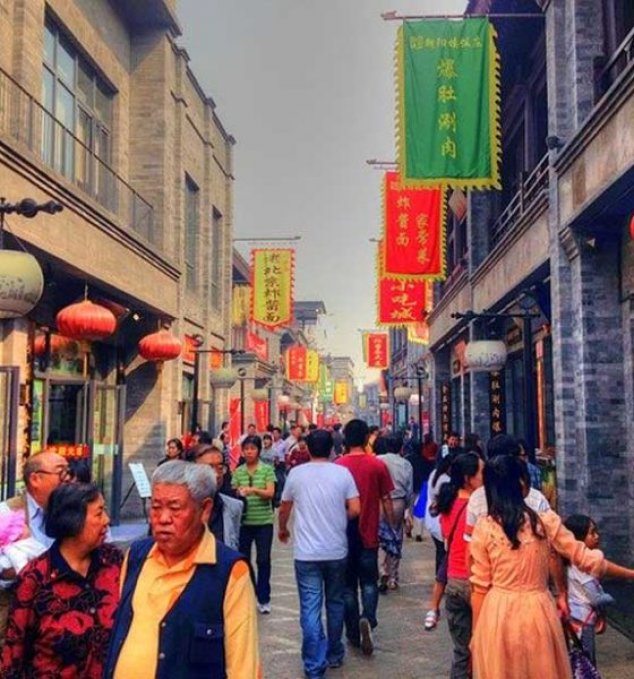 “People’s live and health should be given top priority and the spread of the outbreak should be resolutely curbed”. – President Xi Jinping 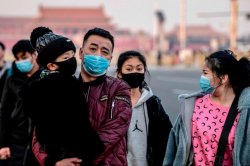 Trains and flights out of the central Chinese city have been canceled as the toll from a new coronavirus grows. The Chinese city of Wuhan, the seventh largest in the country with approximately 11 million people, will be under a partial quarantine from 10 a.m. Chinese time Thursday, according... 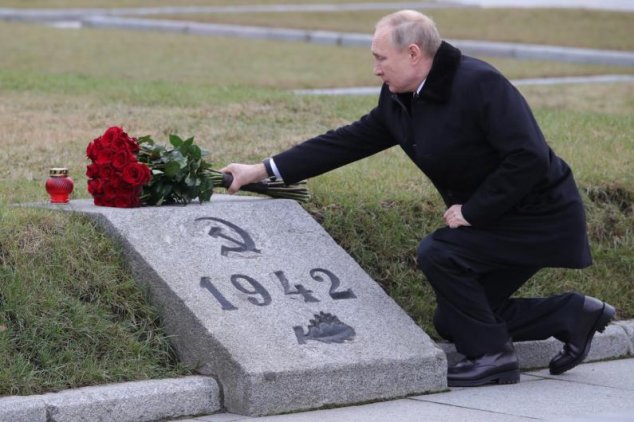 The Russian president’s amateur history lessons are outraging neighboring countries. While he is right to criticize a recent EU Parliament resolution, his historical revisionism doesn’t stand up to scrutiny. 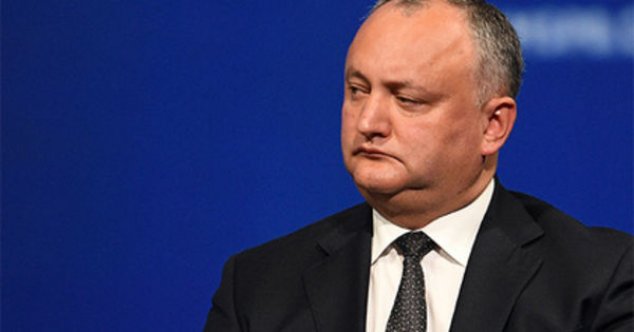 In December 2019, I met with the Prime Minister of the Republic of Moldova, Ion Chicu. We agreed that Council of Europe experts would visit Chisinau with a view to offering our assistance towards reforms needed to create an independent, accountable, efficient and professional judiciary for the...

Moldova’s president’s persecution of the prosecutor 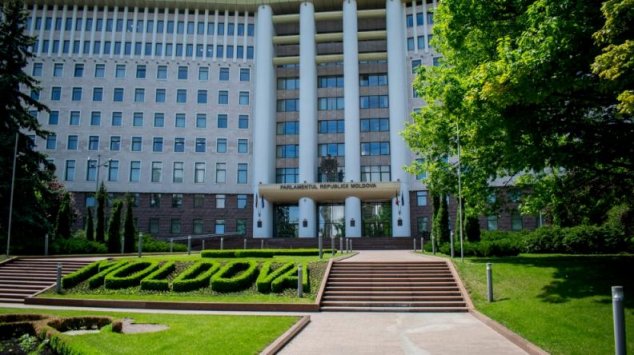 On Friday, January 10, Viorel Morari, Moldova’s Anti-Corruption Prosecutor, was detained. Initially held for 72 hours, Morari’s arrest was extended on January 13 for a further 30 days. A number of international outlets reported Mr. Morari’s circumstances, due to the political... 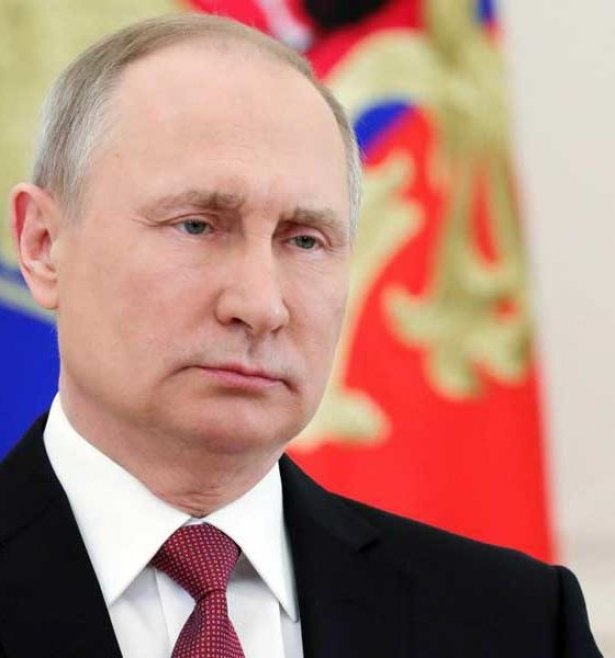 With the narrative that floats around, one is tempted to think that the Ukraine crisis is all about Crimea; that it started and ended there. So what about the internal oblasts like Odessa, Kharkiv, Luhansk, and Donetsk (the South- Eastern regions) where a protracted conflict broke out? Are...

Ambassador Thomas Mayr-Harting, OSCE Special Representative for the Transdniestrian Settlement Process, to visit the Republic of Moldova from 21 to 23 January 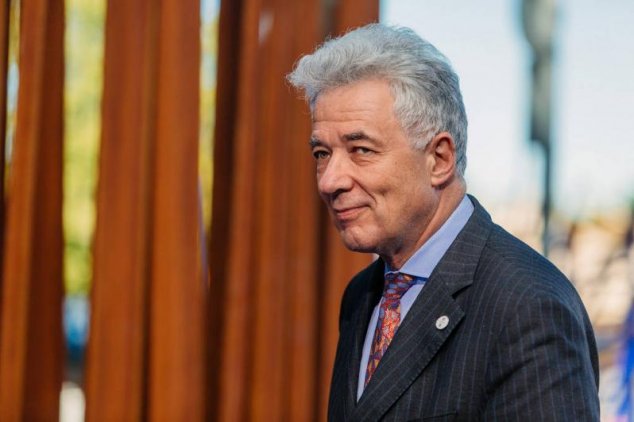 During his visit from 21 to 23 January, the OSCE Special Representative for the Transdniestrian Settlement Process Ambassador Thomas Mayr-Harting will hold talks with high-level Moldovan officials and the political leadership in Tiraspol. 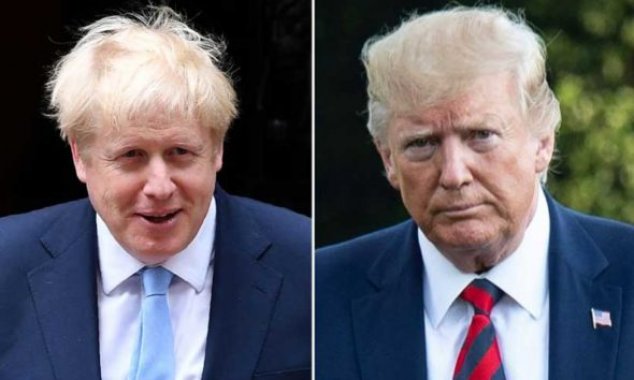 The past few days have been witness, to some important statements made in the context of the Joint Comprehensive Program for Action (JCPOA) — also referred to as the Iran Nuclear deal. US allies, including the UK and some EU member states do not seem to be in agreement with the US...

How an obscure taxman just became Putin’s No. 2. 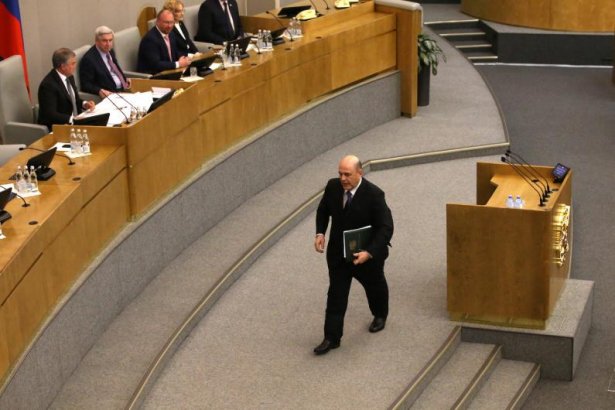 When Russians woke up on Wednesday morning, most had likely never heard of Mikhail Mishustin, the head of the country’s tax service. But by the time they went to bed that night, Mishustin had been named as Russia’s new prime minister after a day that included a flurry of...

Radical Islamists Are Still a Threat Behind Bars 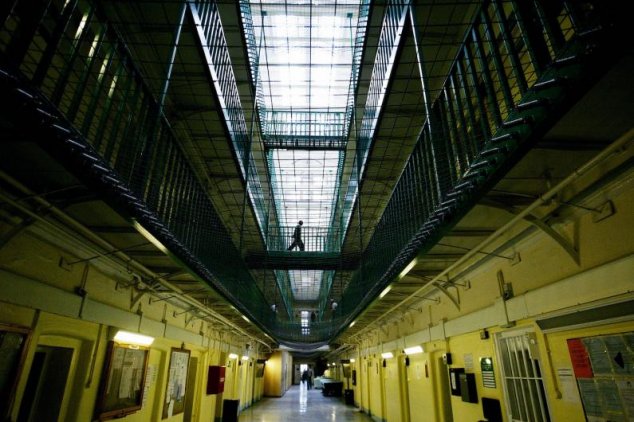 The rise of prison emirs and radicalization among incarcerated extremists means that governments must be as vigilant with prisoners as they are with fundamentalists on the street. 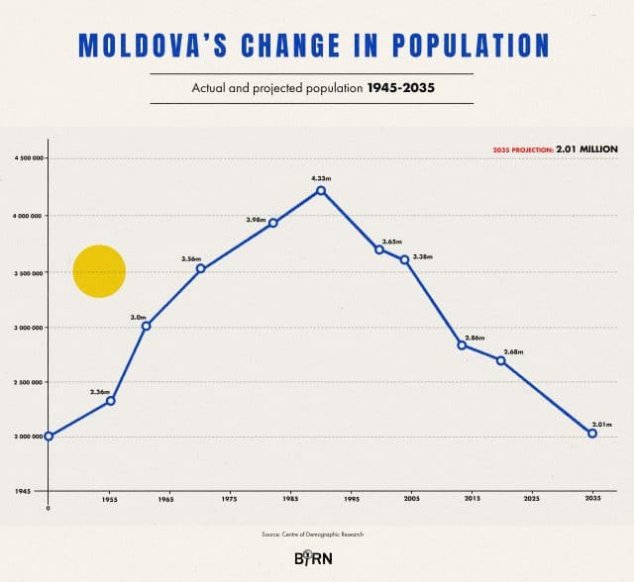 With the worst demographic decline in Europe, Moldova is struggling to remain a ‘viable state’, says its foreign minister. 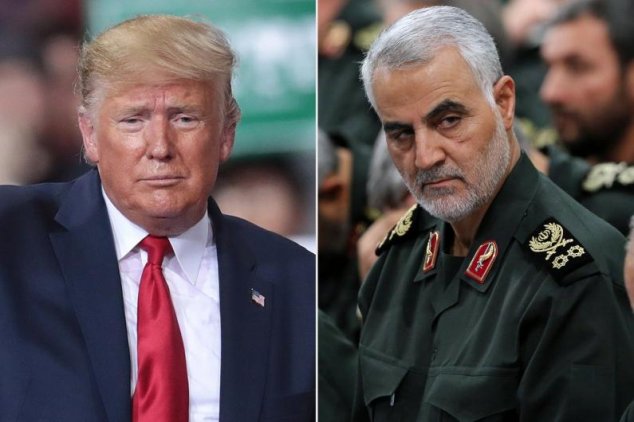 Washington (CNN)Days after President Donald Trump claimed the US killed Iran's top military general because he was targeting four American embassies, two of the President's top national security officials are declining to provide evidence of the intelligence used to justify the US drone... 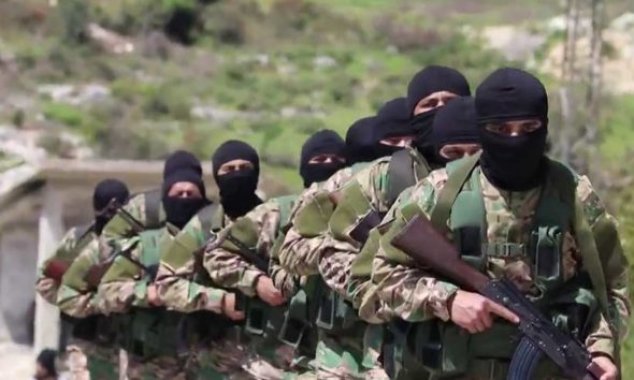 The Russian military intervention in the Syrian civil war has strengthened the anti-Russian ideological wave of the al-Qaeda-aligned Central Asian and North Caucasian Salafi-Jihadi groups fighting alongside the Hayat Tahrir al-Sham (HTS) against the Bashar al-Assad regime. After the... 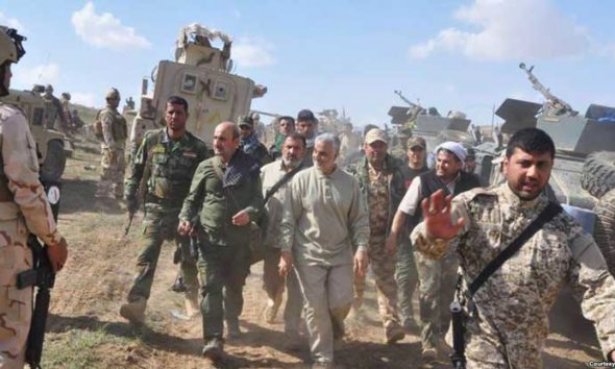 Borders and identities in the globalised world 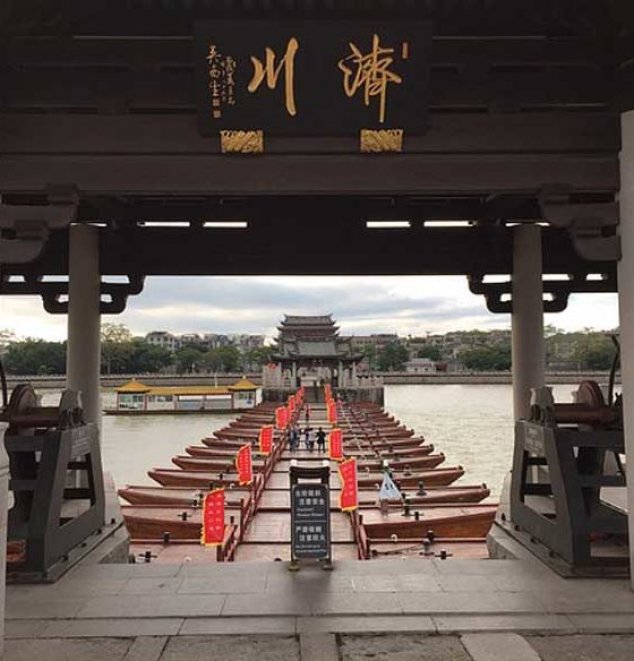 The effects of globalisation are radically challenging our perception of the world. In order to respond effectively to current challenges, we must change our mindset, open up to the world, consider those around us and create a new global governance (Brown 2019; Foucher 2019).

Pro-Kremlin media have recently started to express sympathy for Fascism. This is not entirely new: The Web Site News Front, based in illegally annexed Crimea, has been praising Hitler and Nazism; pro-Kremlin Russia Insider is not only attempting to whitewash Nazism, but... 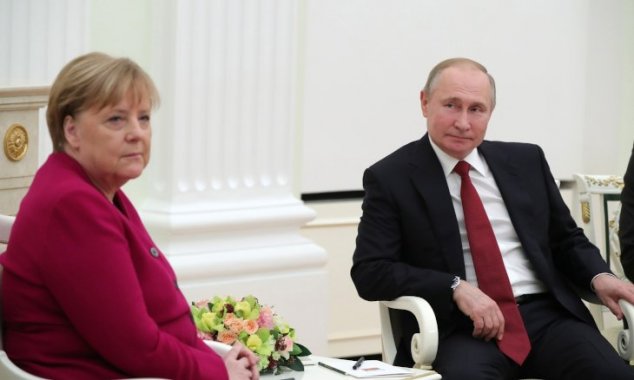 German Chancellor Angela Merkel said Libyan peace talks will be held in Berlin, as the internationally-recognized Government of National Accord (GNA) and Libyan National Army (LNA) reached a ceasefire upon Turkey and Russia’s initiative. During a joint press conference with Russian... 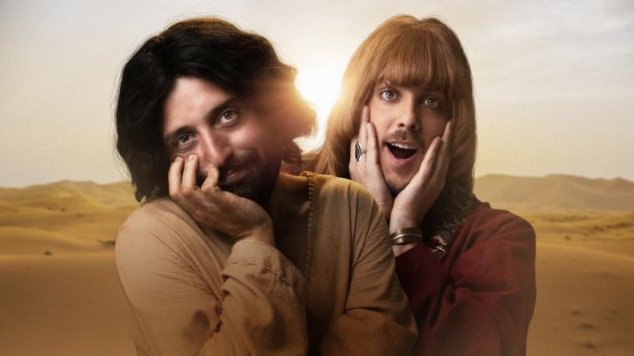 History of planes brought down by missiles since 1973 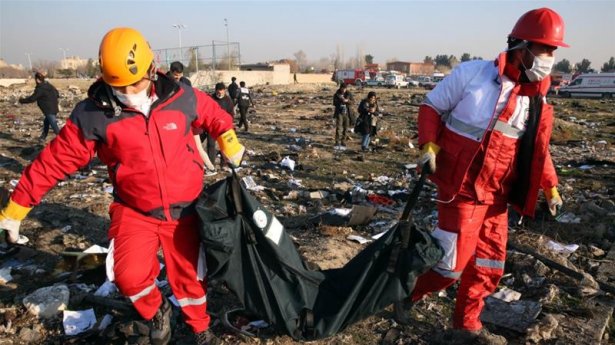 Ukraine International Airlines PS752 had just left Tehran when it was shot down on January 8, killing 176 people aboard. 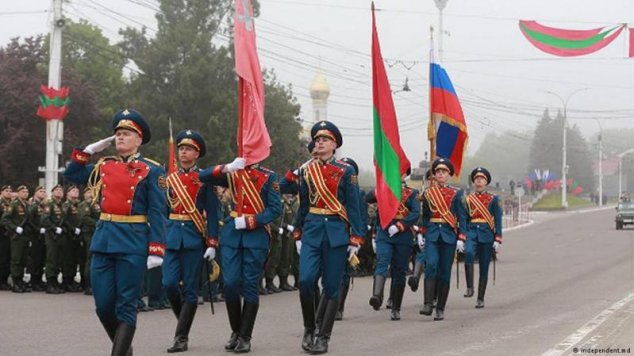 Strasbourg court declares Russia guilty of violating human rights in the breakaway Moldovan region that it de facto controls, over the case of a young man accused of treason and jailed for espionage in 2011. 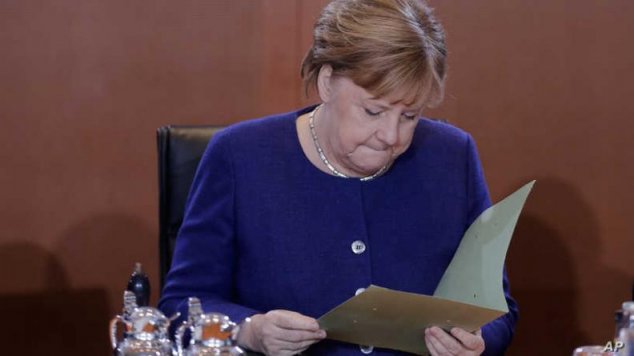 German Chancellor Angela Merkel is due to travel to Moscow Saturday for talks with Russian President Vladimir Putin. The meeting will likely focus on the Iran crisis, with both Germany and Russia calling for de-escalation following the U.S. targeted killing of Iranian General Qassem Soleimani and... 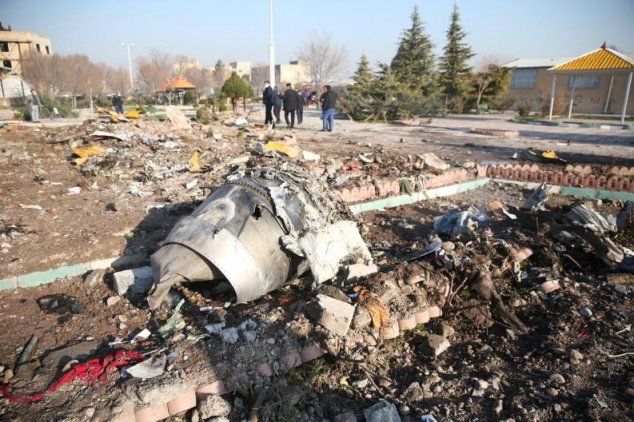 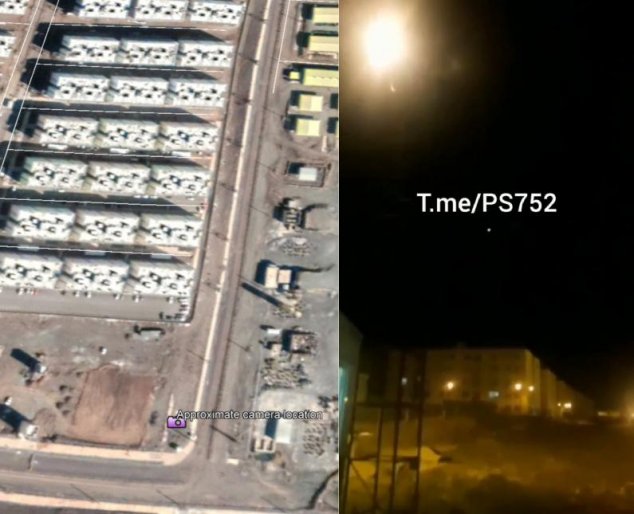 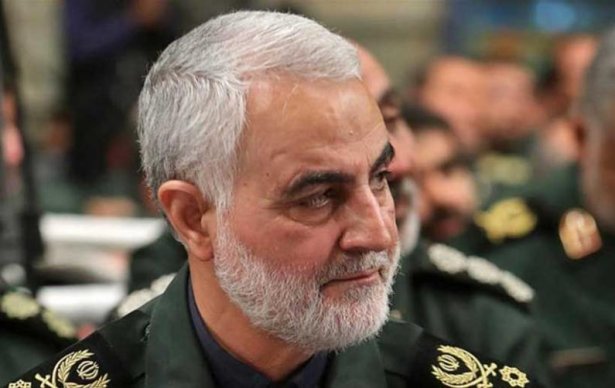 Amidst an environment of a tense standoff between Iran and the US since the last couple of months, the United States assassinated high-ranking Iranian military and intelligence official Qasem Soleimani in a drone strike at Baghdad International Airport on Friday morning along with several... 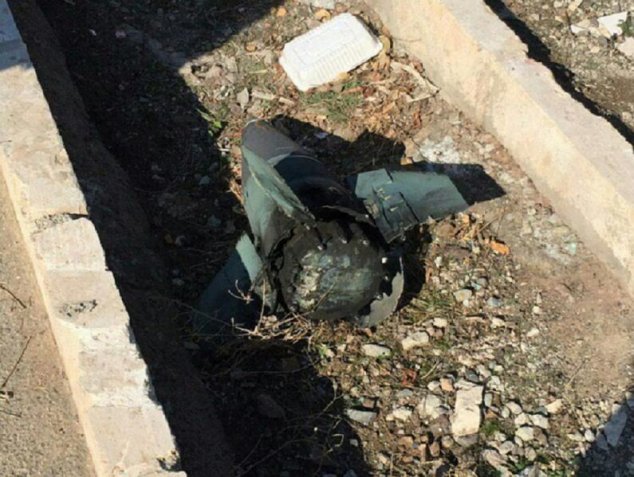 Ukrainian passenger jet probably crashed after being hit by a Russian-made Tor-M1 missile over Parand and crashed in the town of Khalaj Abad. Ukrainian International Airlines flight PS752, en route from Tehran to Kyiv, with 176 people on board has crashed in Iran just minutes after take-off...