Vera Putina, 82, has claimed he is the child she gave away at the age of ten, giving an account of an unhappy childhood which is fiercely disputed by the Kremlin:

Vera Putina lives hand-to-mouth in rural Georgia but displays the famous hospitality of the people of the Caucuses. Draping a cloth over the table in her garden, she piles it with fruit, nuts and shot glasses of chacha – homemade vodka.

Her house sits on a dirt track in the village of Metekhi, about 12 miles from Gori which was occupied by Russian tanks this August during the conflict over the breakaway state of South Ossetia. A tiny woman, with gnarled worker’s hands, only Mrs Putina’s strong cheekbones and deep-set, piercing blue eyes are suggestive of who she claims she is. 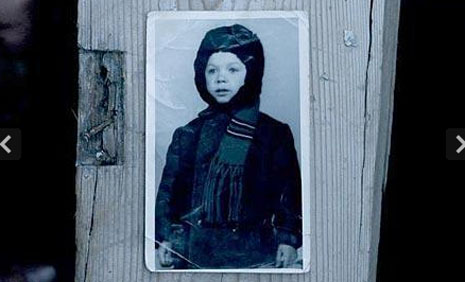 "I used to be proud of having a son who became President of Russia. Since the war I am ashamed."
Since Russian-born Mrs Putina saw Vladimir Putin on the television in 1999, she has been convinced he is her estranged son. Backed up by other residents in Metekhi, Mrs Putina claims he lived in the village between the ages of two-and-a-half and ten before being sent back to his grandparents in Ochyor, Russia.

Records in the archives of Metekhi’s closest town, Caspi, indicate that a Vladmir Putin was registered at Metekhi school, 1959-1960, stated nationality: Georgian.

Mrs Putina’s account is at odds with the Kremlin’s version of events and Dmitry Peskov, Mr Putin’s spokesman, yesterday dismissed the claims: "The story is not true. It does not correspond to reality at all."

Mr Putin’s quasi-autobiography "First Person", paid for by his election campaign in 2000, states he was the sole surviving son of a factory worker and ex-serviceman of the Soviet Navy, and spent his early years in a rat-infested communal apartment in St. Petersburg.
Mr Putin claims his paternal grandfather, Spiridon Putin, had been Vladimir Lenin’s and Joseph Stalin’s personal cook and both of his parents died of cancer, his mother in 1998 and his father in 1999.

But Mrs Putina’s claim to the maternity of the Russian leader highlights how little is known about the childhood of one of the world’s most powerful men. The published details of his upbringing are strikingly scant. Mrs Putina’s account also brings a personal dimension to the recent war between Russia and Georgia, and exhumes memories of another Russian strongman and Georgia’s most famous son, Josef Stalin.

In Mrs Putina’s account, Mr Putin’s father was a Russian mechanic, Platon Privalov, who got her pregnant while married to another woman. She claims her son, nicknamed "Vova" was born on October 7, 1950, exactly two years before Mr Putin’s official birth date.

In 1952, Mrs Putina married a Georgian soldier, Giorgi Osepahvili, and moved to Georgia with her son. In December 1960, under pressure from her husband to disown her child, she delivered "Vova" back to his grandparents in Russia. Mrs Putina believes that the St. Petersburg-based "parents" referred to in Mr Putin’s biography adopted her son from his grandparents.

Shura Gabinashvili is a former Russian teacher of the village school in Metekhi. She claims to have given the child Russian language classes between 1958 and 1960, and says that she has received death threats about making the claims public.
She remembers "Vova" as "an extremely bright child, the brightest in the class. He loved Russian fables and Russian was his favourite subject. He also liked fishing and wrestling. He was the shortest child in the class but he always wanted to win at everything."
Mrs Putina is diffident about her son’s relationship with his stepfather but admits that "Giorgi was very strong with the children. But Vova was a quiet child who read a lot and didn’t like relationships."

In December 1960, having received an ultimatum from her husband, Mrs Putina travelled with "Vova" back to Ochyor. After staying one week to tend her sick mother, she left the boy with her parents and returned to Georgia. She claims the next time she saw her son was on television in 1999. When asked how she recognised him from the boy she had last seen aged ten, she says, "Do you think I would not recognise my son?"
Photo-fit experts in Moscow have been unconvinced that the black and white photograph Mrs Putina has of her son, aged seven, is the current Russian Prime Minister.

Mrs Putina’s story is also grist for the brilliant PR machine that works within the Georgian government.
Commentators have accused the small Republic of manipulating the press over its recent conflict with Russia, with some claiming that while the Russians may have won the war in August, the Georgians claimed a propaganda victory.
If Mrs Putina’s story is to be believed, the Georgians can argue that Mr Putin’s Georgian link has echoes of Josef Stalin’s upbringing who was raised in Gori and physically abused by his mother’s alcoholic husband.

And while critics of the Iraq war in the US media have theorised that George W. Bush went to war in Iraq to avenge the assassination plot on his father’s life by Saddam Hussein, the Georgians could claim that Mr Putin went to war this summer to wipe clean the slate of his childhood.
But at the very least Mrs Putina’s story identifies the holes in the known story of Mr Putin’s past. The official line is that Mr Putin’s parents were already in their forties when Mr Putin was born, which leaves a gap of over fifteen years since the births of their previous sons, Oleg and Viktor, neither of whom survived childhood.

Details of the first ten years of Mr Putin’s life are scarce in his autobiography, especially when compared with other world leaders.
Despite having appeared in various European publications since 2000, efforts to get to the bottom of Mr Putina’s story have so far been short-lived. The Russian journalist and media magnate, Artyom Borovik, was on his way to Kiev when his private plane crashed. Allegedly, he was on the point of publishing the story about Mrs Putina.

The Italian journalist, Antonio Russo, electronically transmitted footage of Mrs Putina to Italy shortly before he was shot dead near Tbilisi. Neither deaths have been proved to have any connection with Mrs Putina.
Mrs Putina states she is no longer willing to talk to journalists on the subject, but challenges Mr Putin to disprove her story. "I am ready to do a DNA test if he is."
telegraph.co.uk