Twenty years later, as a teenager, I frequently traveled the same route on the same road, but on a bigger bus that could carry over 100 passengers. I would load two or three sacks of potatoes harvested by my grandparents and sell them at Chisinau’s central market upon arrival. My grandmother would offer a generous cut from each transaction, which made me feel like a capitalist, with serious money in my pocket.

Then the Soviet Union collapsed in 1991. Its planned economy vanished, together with the value of the money I had saved from the potato business. My parents lost their jobs and traveled back on the same bumpy and dusty road to their roots to support my aging grandparents. Others left their homes and traveled in the opposite direction in search of a better life and jobs abroad, oftentimes for good.

I’m sharing these memories with my colleague Elena Lungu, a Transport Specialist leading the Local Roads Improvement Project (LRIP), as we make our way to visit the ongoing road works. The bumps and dust disappeared in 2020. The project has made a real difference in local communities by improving the road infrastructure, and is supporting Moldova’s Ministry of Economy and Infrastructure in providing safe and sustainable road accessibility to education, health, and market facilities along 150 kilometers of local road corridors.

Elena explains that Moldova’s rural residents heavily depend on low-volume roads. The transport network was designed in Soviet times and is totally car-centered, with little consideration for people’s actual needs. As a result, it often neglects important day-to-day users and their safety on the road: children walking to school, patients trying to reach medical facilities, or small farmers transporting goods on animal carts and motorbikes to local markets.

Women are particularly impacted, along with many other vulnerable users who don’t typically have access to motorized transport. The consequences of this unsafe transport infrastructure are severe, contributing to an increase in road accidents across the country.

In response, we are helping Moldova to turn this around and build local roads that meet the needs of all users, whether they’re driving a vehicle or are on foot. We are working with the Moldovan authorities to rehabilitate the road infrastructure through an inclusive and participatory approach. Road designs are being developed after consultations with neighboring communities.

The local Social Impact Monitoring Communities created for each corridor consist of a diverse group of stakeholders and direct project beneficiaries, including mayors, teachers, doctors, entrepreneurs, household representatives (men and women), journalists, and NGOs, resulting in the development of people-centered technical designs, consultations, and road safety audits – and ultimately, the rehabilitation of safer roads. 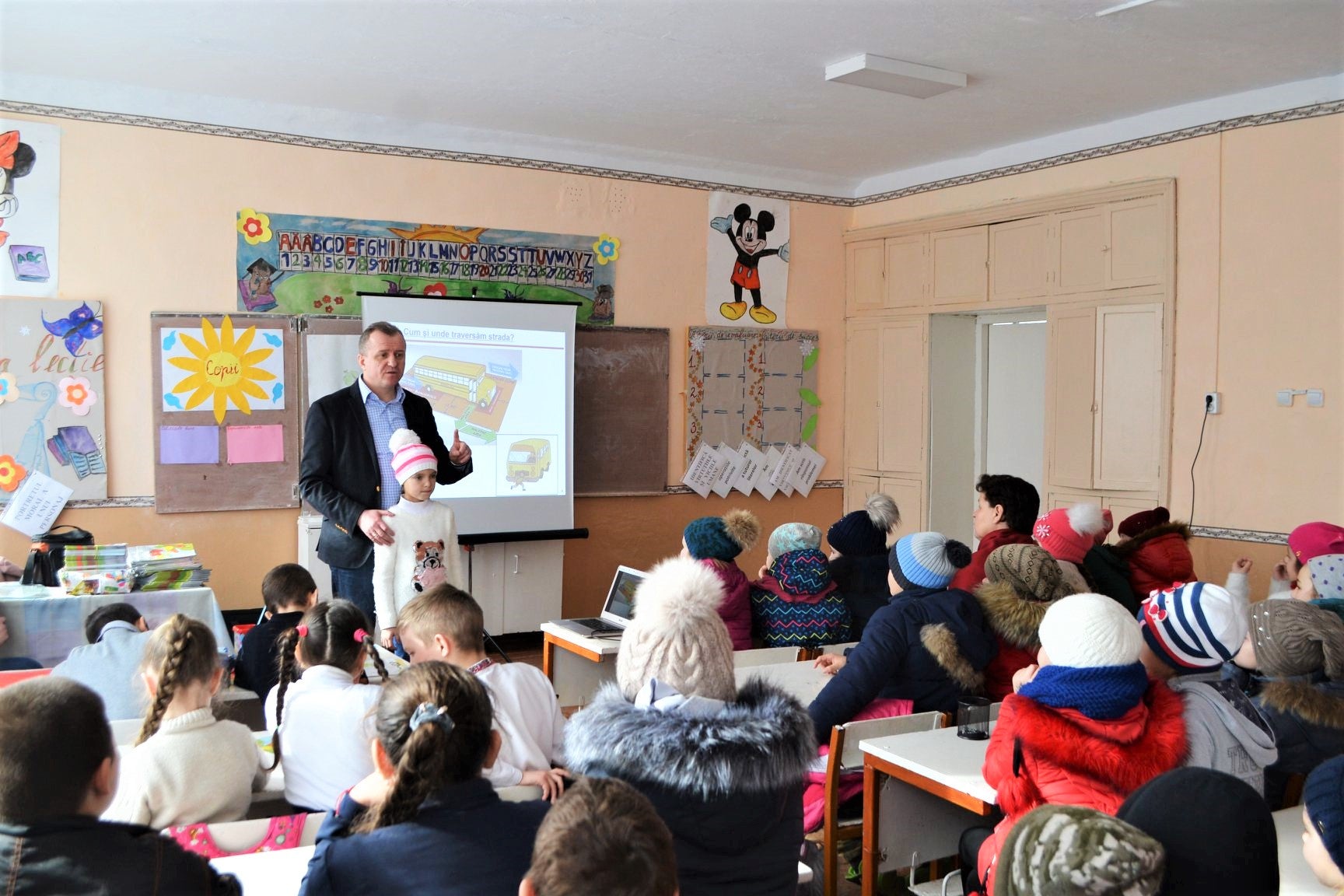 Continuing to walk the narrow lanes of Hartopul Mare village, the familiar smell of gravel and dust soon fills our nostrils as we admire the little traditional cottages scattered chaotically on a hilly, silent, almost dreamy landscape. Many of them look abandoned. The first feeling visitors get upon entering the village is that time has stood still, somewhere at the beginning of the last century, when life was as simple as it gets in this corner of the world.

“With one important difference now,” says the mayor of Hartopul Mare, who is accompanying us. “These newly rehabilitated roads make our village look European! I am convinced that improved road infrastructure will attract new businesses and create new jobs in our community.”

Indeed, before entering the village, we noticed new green houses on the roadside. An abandoned storage was converted into a building supply store. And in fact, some of those abandoned cottages have recently attracted investment for rural tourism opportunities.

We continue our journey to witness the works progress in the neighboring village of Cruglic. The public school here is just along the main road, where hundreds of children often faced the risk of unsafe road crossing daily. But not anymore. Thanks to the LRIC, Cruglic, along with other villages, has adopted the “safe village” concept and ensured that safe sidewalks were properly built, with road guards for pedestrians. Additionally, the project supported massive road safety training for children in the respective rural communities, aiming to make them independent, responsible, and safe travelers.

We pause at a site where the local contractors are finalizing the installation of traffic signs. They are delighted by the result, mentioning how the Bank’s project has taught them to build roads better. In addition to the capacity building among local contractors to implement road infrastructure projects, LRIP has had an important impact on local employment, with more than 1,000 jobs created.

Rural communities currently make up 57 percent of Moldova’s population. Rural poverty in Moldova remains four times higher than among urban residents. Safe and reliable transport should have a decisive role in improving the lives of this rural population and connecting them to new opportunities.

We stop for a break at a gas station. An ambulance pulls over too. The doctor and the driver discuss the day over a quick coffee. It seems that their previous case was a heart attack, and the doctor says that the call to 112 was just in time for them to save the man. “If not for the better roads that allowed us to arrive on time after the call,” says the driver…

We feel tired but happy on our way home. Our work on roads in Moldova, through the LRIP, is having an even more important impact than we might have thought.